Konya Kağıt, which supplies 25% of the printing and writing paper production of Turkey with an annual production capacity of 98 thousand tons, will foster its investments with the power it has gained from the IPO.

The IPO process of Konya Kağıt A.Ş., a subsidiary of Bera Holding, has been completed. Shares of the company started to be traded on BIST MAIN with the Opening Bell Ceremony held at Borsa İstanbul on November 26, 2011. 26 million shares of Konya Kağıt with a nominal value of 1 TL, which has an issued capital of 130 million TL, offered to the public with a price of 6,95 TL through a consortium formed under the leadership of Halk Yatırım.

Korkmaz Ergun: “Konya Kağıt holds great value with its know-how on technology and the value it adds to exports”

In his address at the Opening Bell Ceremony, Korkmaz Ergun, the CEO of Borsa İstanbul A.Ş., stated the following: “Today, I welcome you all to your home, to the Opening Bell Ceremony hosted by our Exchange as we celebrate the listing of Konya Kağıt Sanayi ve Ticaret A.Ş. at our Exchange. Konya Kağıt holds great value with its know-how on technology and the value it adds to exports. Moreover, the company prevails as it is committed to protect forests, prevent damage to the environment and respect animal rights, and it shows this commitment with exemplary practices. I would like to express my thanks to the company for their sensitive approach.

This approach, now,  reveals itself in all areas of our lives, both in the social and financial areas. We, as Borsa İstanbul, calculate a sustainability index with our companies that exhibit this sensitive approach. Last month, we have changed the calculation methodology of this index and increased the criteria for entering this index. We've also expanded the definition of companies that can be included in this index. Thus, more of our companies can be included in the sustainability index.

Furthermore, we will establish a fund based on this index. We will also create a futures contract based on this index. Thus, we will increase the diversity of sustainability-themed products on Borsa İstanbul shelves. In this way, we will provide alternative opportunities for our domestic and foreign institutional investors who want to invest in this theme.

Hopefully, we hope to see Konya Kağıt in the sustainability index in the upcoming period.

Konya Kağıt A.Ş. launched an outstanding IPO with a size of 181 million TL to approximately 55 thousand investors. The company will continue its investments with the IPO revenue. I would like to thank everyone who contributed to this successful IPO, employees of the company and the intermediary institution. I would like to welcome Konya Kağıt to the Borsa İstanbul family. I wish them continued success in the capital markets.” 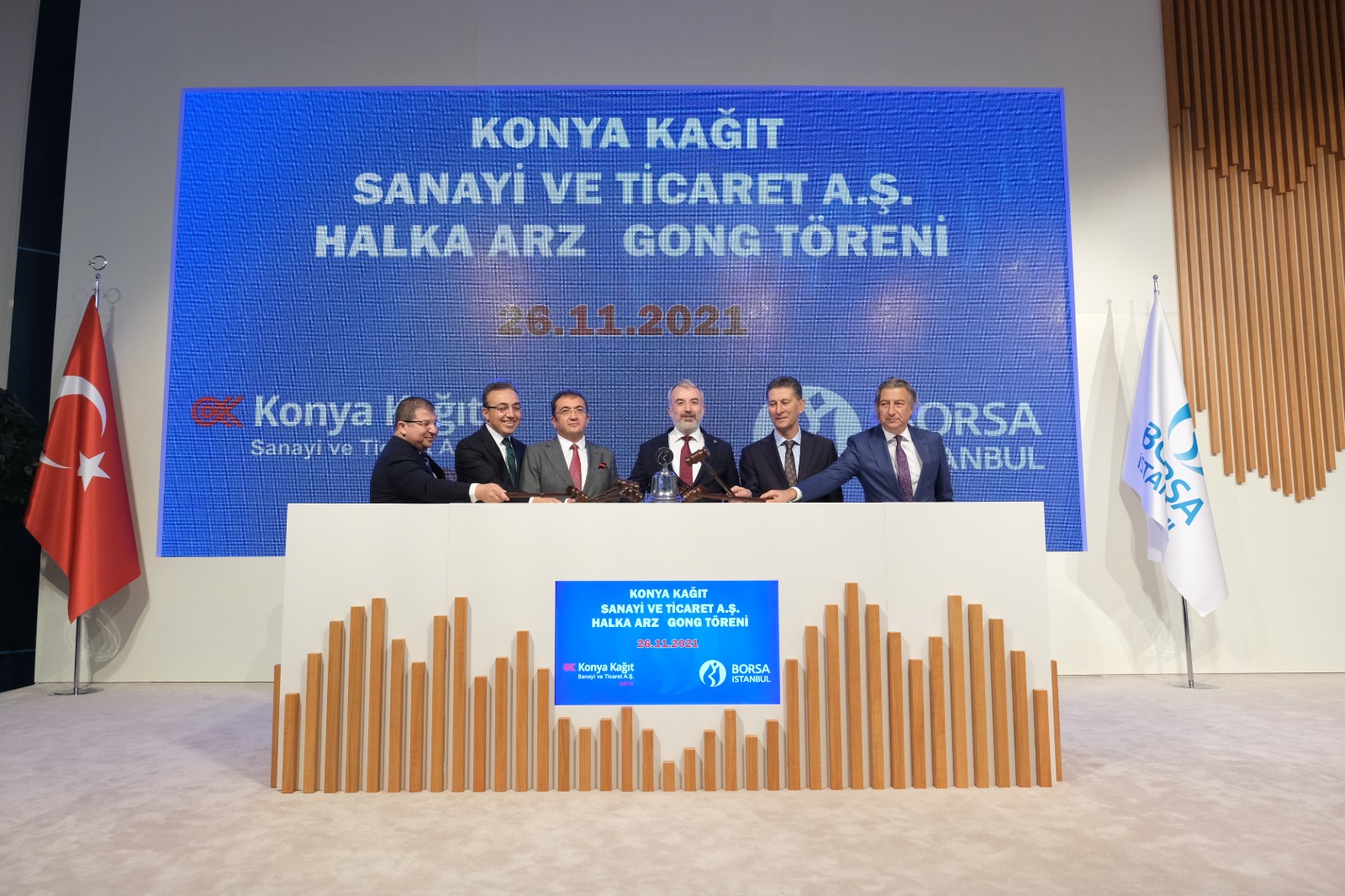 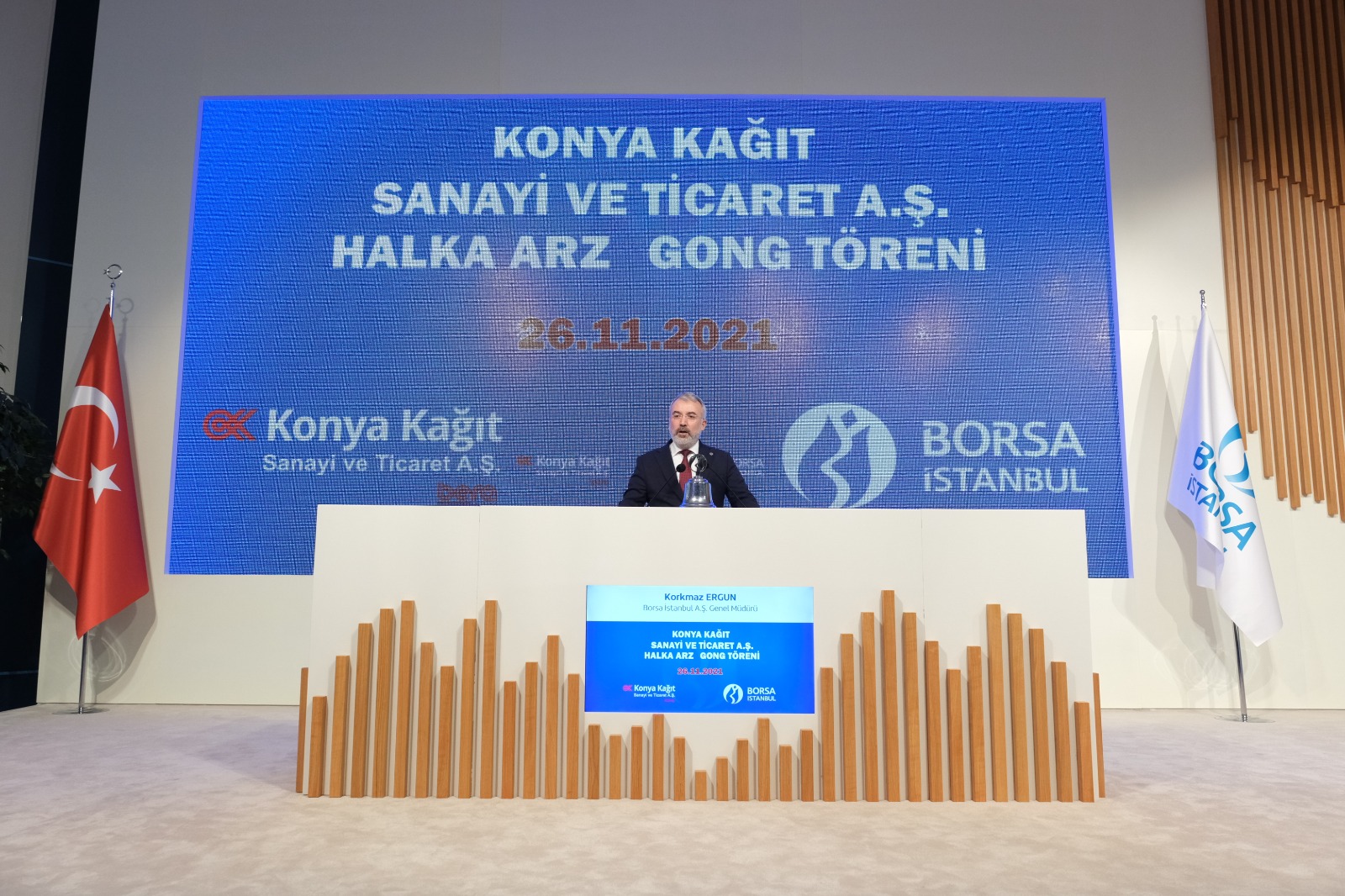 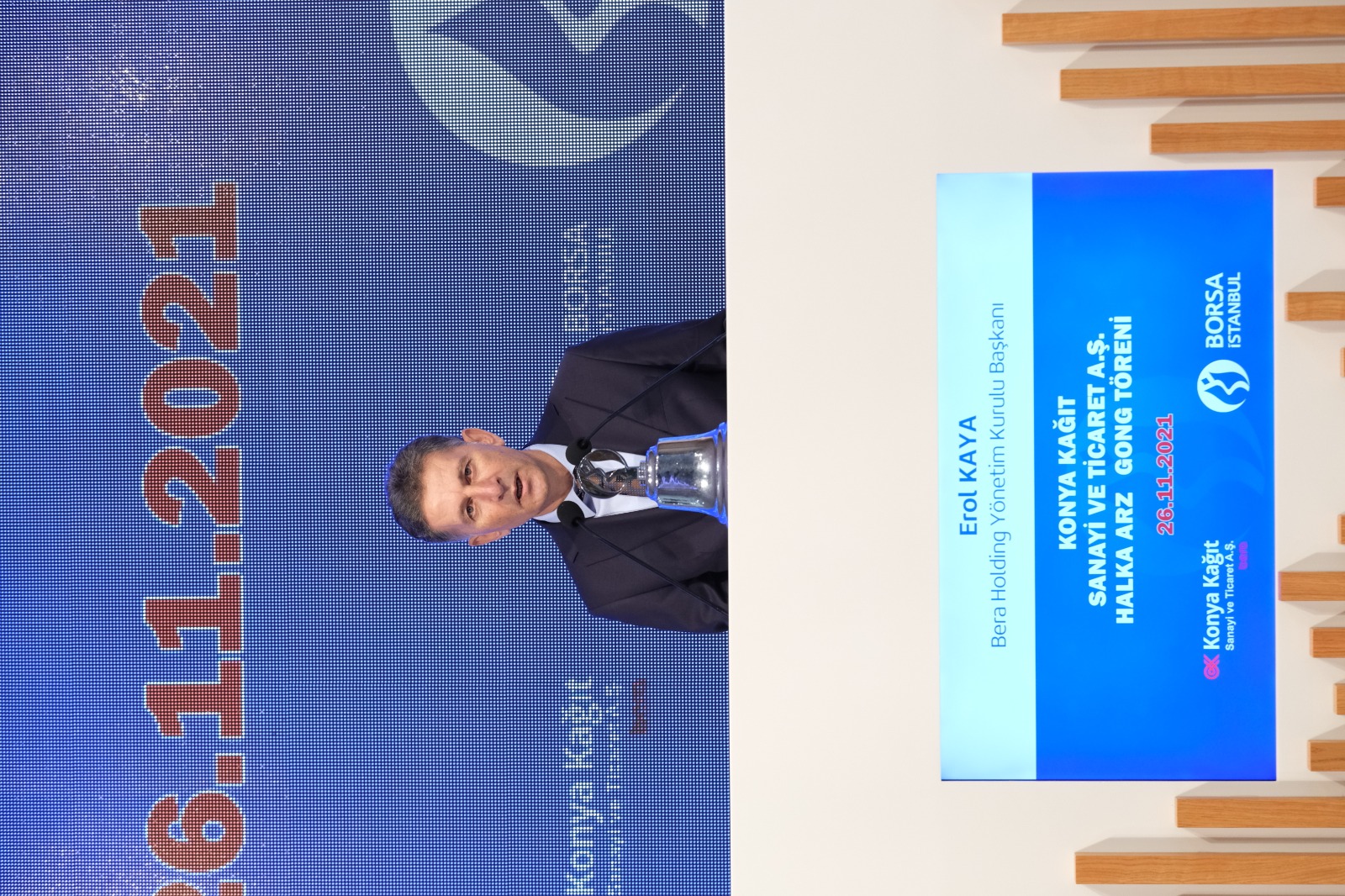 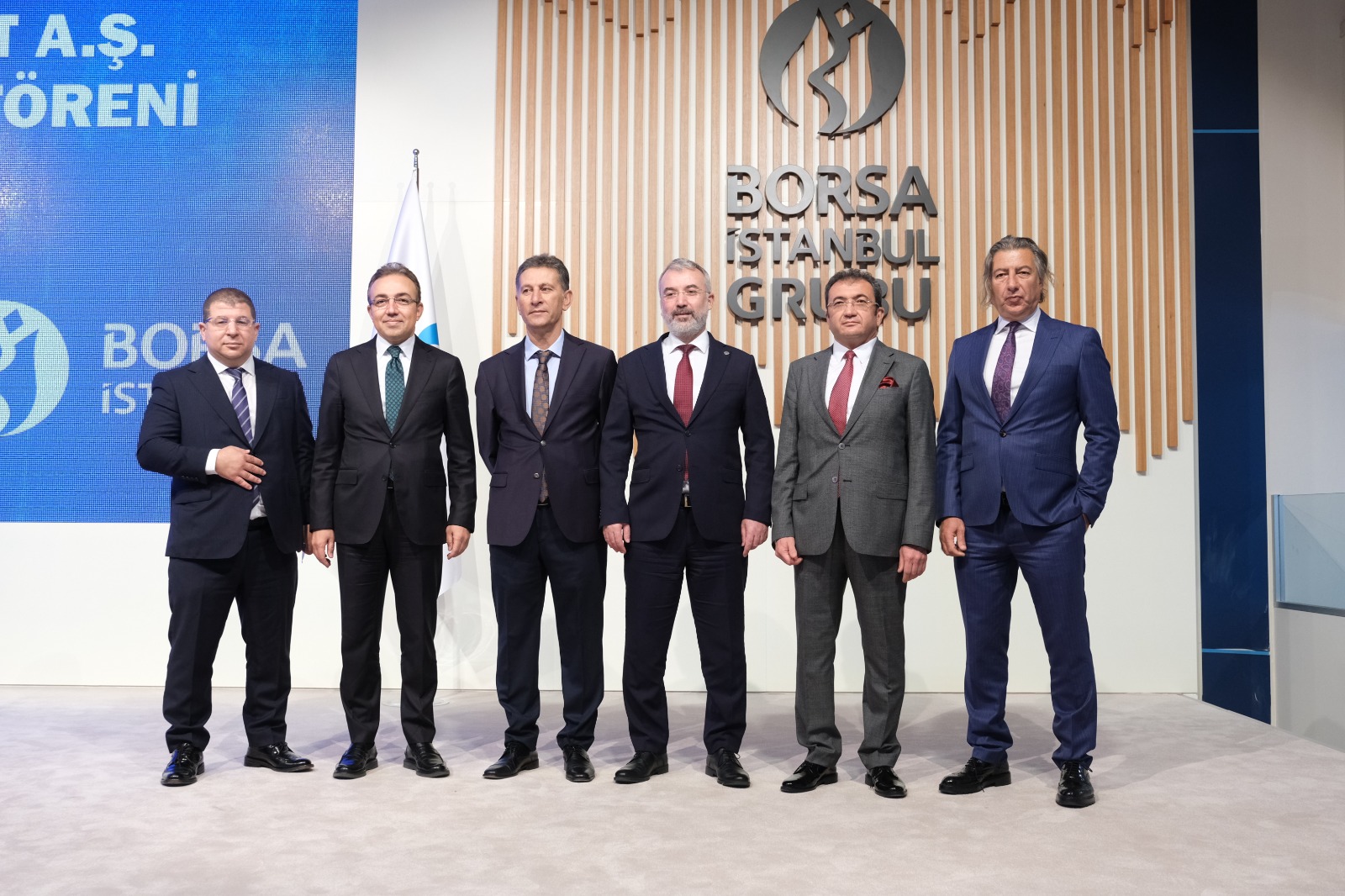